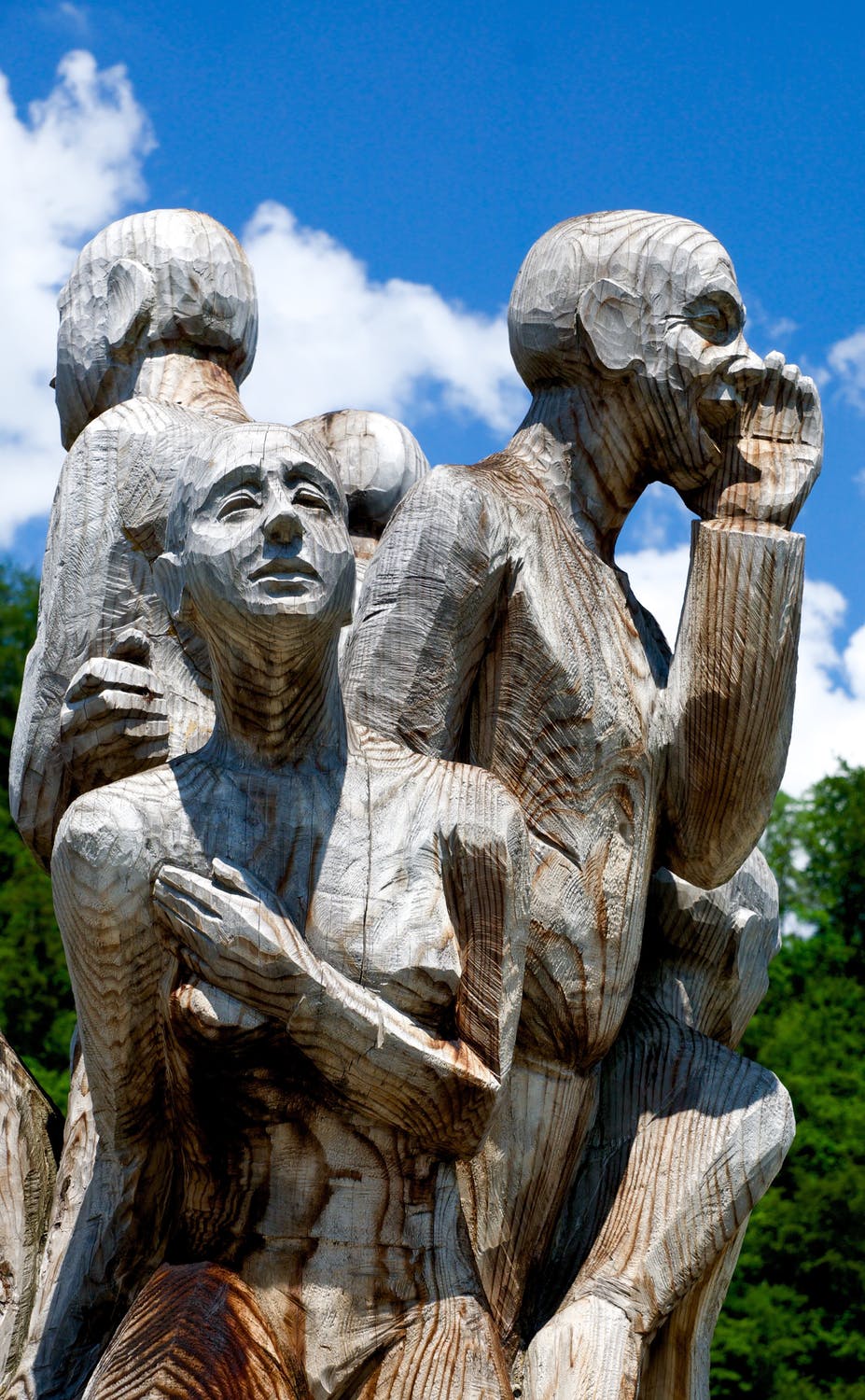 Speaker one: We just had this discussion in a fb group I’m on. I think the term spiritual abuse can have some use, although I see it as a subset of psychological abuse. I think it can help convey just how extensively someone f-ed with my sense of identity, purpose, metaphysics, sense of a soul and eternal existence (neither of which I believe in now). That said, it’s not a term I really find myself using (although I did in my initial exit blog). But I do have a suspicion that the term may have originated in Christian cult recovery circles where there is a sense of right and wrong spirituality and cultic groups abusing “true” spirituality. That’s just a guess.

Cathleen Mann: Right, and since most counter-cult proponents are Christians, it’s a debate about which flavor of Christianity is correct.

Speaker two: That’s true that abuse is abuse, but I’m with speaker one that spiritual abuse is a thing. Power relationships in spiritual groups haven’t been studied well enough, in my opinion. For example, the public, the media, everyone has been genuinely bowled over by the extent of abuse in the Catholic Church. I went looking for more info, more understanding of how it happened, but it was really hard to find good scholarship and analysis. Then I discovered Father Tom Doyle’s work on ‘Religious Duress’. A pattern of religious duress was common through a heap of spiritual communities where abuses are rife.

Cathleen Mann: I don’t think the term spiritual abuse is needed at all, because many cults are not religious or spiritual at all, and it’s not about the beliefs anyway.

Speaker two: I don’t see anything wrong with qualifying terms for abuse. I don’t see anything wrong with spirituality per se. It’s part of the human makeup and our interactions so it can be abused. I don’t have any firm beliefs. I’m certainly not religious, but I’m interested in transcendence. I’ve had experiences where I came out of them feeling stripped of any faith in humanity or anything. It’s a terrible thing to lose a sense of spiritual wonder – that there might be a bigger picture out there. Some experiences deprive you of your sense of meaning, and I think when those experiences are inflicted by or related to ‘spiritual’ people and affect your sense of purpose, it’s appropriate to refer to spiritual abuse or a crisis of spirituality. For me it wasn’t just being pissed off or depressed because someone behaved like an arsehole – it was being gutted when you realize a respected or adored teacher is harmful…Particularly when that person or group has become associated with your personal sense of the transcendent. It was very interesting to be part of the Satyananda Yoga Reveal the Truth group and observe how the members and outsiders dealt with the revelations from the Child Abuse Royal Commission. Many felt violated, even though they weren’t physically or sexually abused. I think it’s good to have a term for that. And I think it’s a variation on psychological abuse.

Cathleen Mann: I think the (Roman) Catholic church abuse is well disclosed as they have paid out billions! It’s not the beliefs, but the culture and unchecked power, so analysis of their belief system is secondary. Cults are often not religious or spiritual. Those who say they are almost always are using it for marketing or legal protection reasons.

Speaker two: The Catholic abuses are now well disclosed, but I don’t think the power dynamics are well understood, and those are built on spiritual auspices, and the beliefs are part of that. For example, seeing a priest as God-like, ordained to be the embodiment of God, and not wanting to displease the priest because that would displease God and bring the wrath & punishment etc. Father Doyle was saying decades ago that it was a factor in the priests’ sense of entitlement and also in victims being afraid to speak up and not being believed. Whether we like it or not those beliefs are real for those Catholics – and they were factors in facilitating the culture of abuse.

Speaker one: I understand a lot of cults aren’t spiritual, but the concept wouldn’t have to apply to them. I imagine someone coming out of something like an MLM cult probably wouldn’t grapple with the kind of metaphysical “gutting” described, but I certainly did. I’ve also seen your points about emphasizing it’s not about beliefs, and I think that makes a lot of sense (especially in the context I read them about court testimonial), but beliefs are also very relevant. An example is I know a lot of ex-members of Christian groups who still grapple with fears about eternal hell, and during their initial exit, they had to take that risk. My group taught Vedic hells were allegorical and so if and when I have those fleeting moments of “what if the group had the truth” I only have to worry about continued reincarnation, not eternal damnation.

Cathleen Mann: A major cult I worked against for several years is social therapy founded by the late Dr Fred Newman. I even went on New York television to debate him before he died. It’s a major cult with a large impact, and has no religious or spiritual beliefs or practices at all. It has nothing to do with beliefs, but practices, isolation, and secrecy.

Speaker two: I tend to agree that cults are not religious or spiritual but I think it’s an interesting question. My personal view is the beliefs are bullshit, but at what point do the beliefs do harm? At what point does a person have a right to believe and when does that morph into a right to do harm. Those questions interest me.

Cathleen Mann: These are well covered in the research. There’s lots of research available online. Going into a court case, you might want to consider searching for good, quality research.

Speaker two: I don’t agree you can entirely separate beliefs from practices and social machinations. In cults, I’d agree you can moreso. At Satyananda Ashram the beliefs were a facade – only the underlings were adhering to them. Are we talking about the philosophical question of belief, that all spiritual beliefs are counterfeit anyway?

Cathleen Mann: I never said to ignore beliefs. I said they were secondary. I’m not talking philosophical at all. Just reality that no one benefits from a debate over doctrine, especially a judge.

Speaker two: This is a good point. Arguing about the doctrines gets nowhere. I also agree the ‘recovery’ industry is fraught with perils and profiteers. Labelling being a part of that.

Cathleen Mann: People like to talk about beliefs, sure, but they find out quickly that the beliefs they thought were so unique and monumental were stolen and plagiarized from other traditions and groups. Moving past the fleeting fascination with beliefs show the elements upon which all cults operate.

Ethics and The Modern Guru Publishing

Ethics and The Modern Guru Publishing